You Are Here: Fuel cell and hydrogen technologies

For the experimental investigation of fuel cells and hydrogen combustion engines, a comprehensive hydrogen infrastructure has been created at the Center for Mobile Propulsion, CMP for short, which supplies the test benches. The continuous hydrogen supply is realised with hydrogen trailers, as shown in Figure 1. Up to two trailers can be connected to the distribution network in parallel. This enables continuous test operation and long-term or endurance testing. In addition to the mainly used hydrogen quality of 5.0, other hydrogen qualities are available from the gas storage. For example, the effect of insufficient hydrogen quality on the catalytic converter of the fuel cell and the resulting ageing phenomena can be investigated. 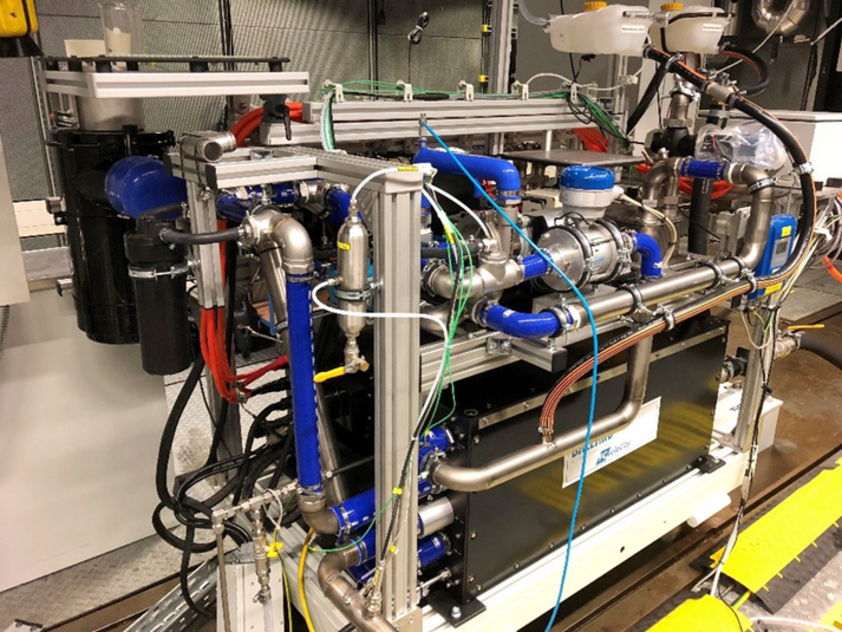 The flexible high-voltage infrastructure of the test field enables tests with different power outputs up to more than 500 kW. This means that propulsion systems for heavy-duty applications such as trucks and rail applications can also be suitably investigated. This infrastructure is used, for example, in research projects such as "X-EMU". In this project, a fuel cell hybrid powertrain for regional trains was developed, which is to be used on routes without continuous supply of electricity. One of the fuel cell systems used is shown in Figure 2. In addition, a connection of the test benches to the specially constructed battery garage for testing of traction batteries is possible and allows the testing of full-scale hybrid systems. To set up particularly space-intensive test systems, several test benches of the CMP can be coupled in real time. In addition, a climate chamber is available for the investigation of temperature effects, for example frost start behavior.

Furthermore, TME has the possibility to test single fuel cell stacks with a power of up to 30 kW on its own test bench. Temperatures, humidity, mass flows and pressures of the media air, hydrogen and coolant can be varied over a wide range. In addition, the test bench is designed in such a way that auxiliary units such as charge air coolers, humidifier units and hydrogen recirculation blowers can be tested separately or in any combination with each other or with a stack. The integration of simulation models in real time is also possible. 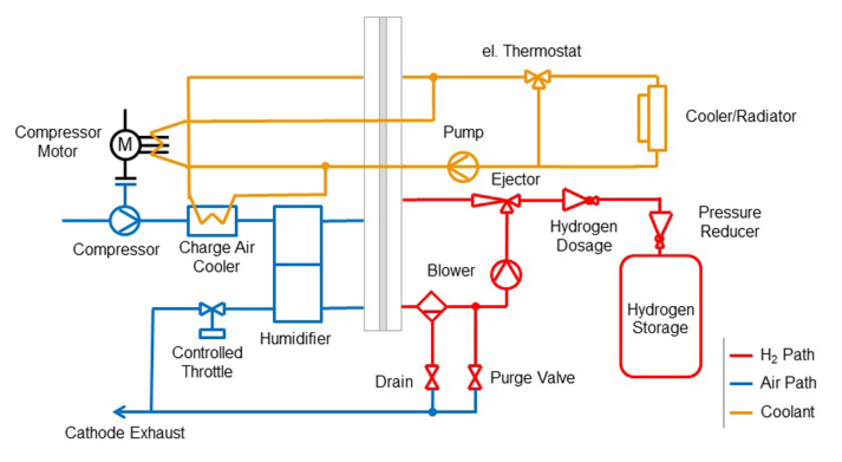 The experimental fuel cell development at the CMP is complemented by simulative investigations on system, stack and cell level. In this way, simulation models can be parameterized experimentally and validated with real systems. At the same time, simulatively developed control strategies can be implemented on the test bench - "frontloading". 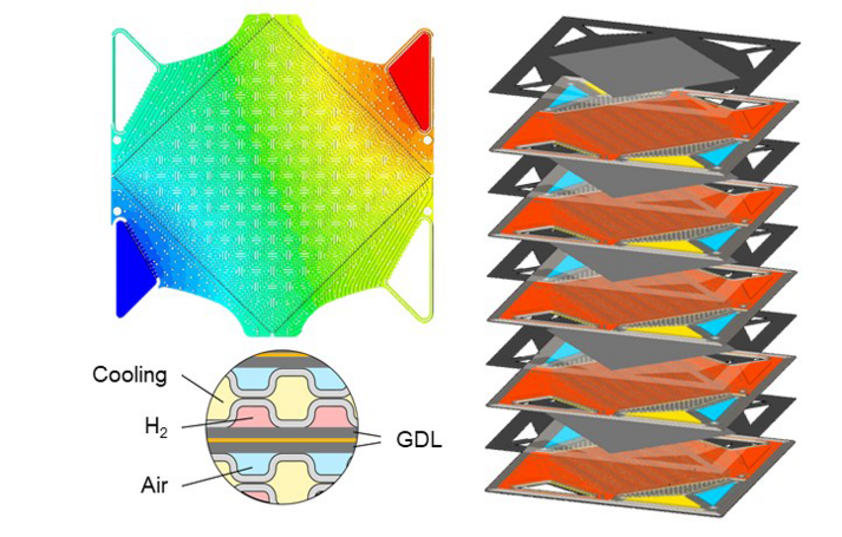